Helvetic ordered 12 E-Jet E2s in 2018 to support its fleet renewal initiative: 8 E190-E2s (already in service) and four E195-E2s (converted from the original E190-E2 order). The airline also holds purchase rights for an additional 12 aircraft. The Helvetic fleet also includes four first-generation E190s. When the three remaining E195-E2s are delivered, the carrier will have a fleet of 16 E-Jets.

With Embraer, the airline has developed a fleet providing maximum flexibility to deploy its 134-seat E195-E2s, 110-seat E190-E2s, and 112-seat E190s across its European network. Thanks to the common crew type rating for all E-Jets, Helvetic can seamlessly schedule the three different E-Jet models to satisfy variations in demand, maximizing operating economics.

“With the delivery of the first of our four new Embraer E195-E2s, our fleet renewal is on plan to be completed by the end of July,” said Tobias Pogorevc, CEO of Helvetic Airways, at the delivery media conference today. “The structural changes in the demand for air travel that have emerged in recent months vindicate the strategic choices we made back in 2018,”

Pogorevc continued. “With Embraer we have both the right types of aircraft and the right industry partner. Helvetic Airways now operates an optimal fleet mix in terms of capacity and sustainability. And as one of the leading E-Jet E2 operators in the world, Helvetic Airways will now be able to further strengthen its role as a Swiss airline in the European sky.”

Speaking at the delivery event broadcast to Helvetic employees in Europe, Arjan Meijer, President and CEO of Embraer Commercial Aviation said, “With the new E195-E2, Helvetic builds on its reputation as one of the most environmentally committed airlines in Europe. Not only does the aircraft burn 25% less fuel than its predecessor, its noise footprint is 65% smaller. The E2s are great news for communities near airports.”

The E195-E2’s green attributes are impressive. Compared with the previous generation of the E195, the E2 has a reduced fuel consumption of 25% per seat, saving almost 3000 tonnes of CO2 per year, per aircraft. Nitrogen oxide (NOX) emissions have also been also been cut by 30%. The aircraft, just like its smaller E190-E2 sibling, is also certified to ICAO’s Chapter 14, the most stringent noise certification category. This first-class environmental performance is made possible by complex aerodynamics, innovative wing design, new systems such as full fly by wire, and the latest generation engines from Pratt & Whitney.

Because of the high degree of commonality between all E-Jets, pilots flying first-generation E-Jets only need to complete a two-and-a-half day differences training course to be qualified on the E2s. No simulator training is required.The E195-E2 is also in service with KLM Cityhopper (Netherlands), Azul (Brazil), Binter (Spain), Air Peace (Nigeria), and Belavia (Belarus). 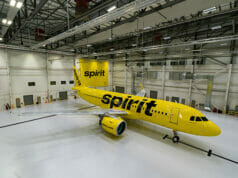 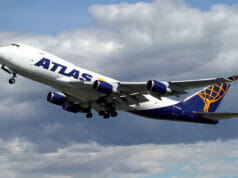 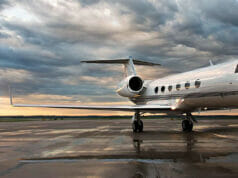 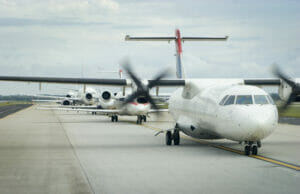 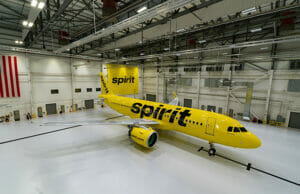