Editor’s note: This informative piece, meant for those transitioning from the military to the airlines, contains valuable advice for anyone heading to training for the airlines. The article is divided into multiple parts. The next part will appear in the May issue and will start with the simulator training phase. Beyond May, Marc will address more about the first year. Stay tuned!

When I think back to my first duty assignment in the military, as an Undergraduate Pilot Training (UPT) student at Reese AFB in Lubbock, Tex., I remember being overwhelmed. Everything was brand new. Not only did I have to learn to fly a multi-engine, high-performance military jet, I also had to learn a ton of information about the military lifestyle, in general. There were acronyms for everything and I had to figure it all out in a very short period of time.

Your first year as an airline pilot will be very similar to your UPT experience. It’s a fire hose for sure! You’ll be learning to fly all over again, training on a large, multi-engine, jet aircraft that may be very different from anything else you’ve ever flown. All the while, you’ll be trying to decipher new acronyms. Additionally, there is a whole new set of procedures, and rules to learn. There will be an entirely foreign system of compensation and benefits to navigate. You’ll have to choose an aircraft type and domicile that will have a huge impact on your seniority (another unfamiliar concept) and quality of life (something you often sacrificed in the military but hopefully, you’re about to learn how great it can be).

Just when you finally start to feel comfortable with the airline-training world, they will kick you out of the nest and onto “the line.” The line is a fast-paced, hectic world that introduces a whole new set of virgin experiences like commuting, bidding, reserves, probation, contracts, non-revenue (non-rev for short) flying, crashpads, and adjusting to life on the road. (Good news here, there will be no sleeping in tents or wearing gas masks this time!)

This is the first in a series of articles designed to help you survive your first year at the airlines. The term “survive” may seem a bit drastic to describe a possible outcome of your first year at the airlines, however, I’ll tell you why I think it’s not overstated. Remember in your military flight-training program how you were under constant threat of being washed out of the program (or as my instructor pilot put it, “Himelhoch, don’t ever forget, you’re always three rides away from being a street sweeper”)? Well, your first year at an airline is much the same.

It’s called your probation year. Essentially, you are being scrutinized your entire first year with the airline. To make it even more fun, you have about zero job security during your probation period at an airline. You can be fired without cause while on probation. You’re not union protected until you’re off probation. Think of it as a yearlong evaluation of your performance, inside and outside the cockpit. This first article will focus on just a small fraction of the challenges you will face in your first year at the airlines and the first “threat” you will face as an airline pilot – the initial aircraft qualification training. In future articles we will cover myriad topics that are foreign to the military pilot including bidding, commuting, non-rev travel and more.

Know Before You Go

As your training class date approaches, it’s time to get serious. The airline will usually send you a link to some online resources they expect you to study before you show up for your first day of ground school. They don’t expect you to be able to build your jet from memory on day-one, but if there are aircraft systems training videos to watch, that’s a good place to start. Don’t try to memorize the information just yet. Your ground school instructors will do a good job of teaching you the systems when you get to training. Just watch the videos to familiarize yourself with the various major systems, lights, switches, and warnings to gain a basic understanding of how they function.

It’s also a good idea to memorize the “immediate action items” and “checked limitations.” Immediate action items are emergency procedures that must be recalled from memory, just like the boldface or critical action procedures (CAPS) in the military. Checked limitations are systems-related aircraft limits that must be memorized, similar to the “Ops Limits” we knew from military aviation terminology. Knowing these basic items before you show up for training will free your mind during training to focus on more difficult concepts and absorb the material being delivered in a more comprehensive, effective manner.

Airline training is difficult and you do have a lot to learn in a short amount of time, but it’s not rocket surgery. The training you endured and mastered to get your wings in the military along with all the follow-on training to become fully qualified in your weapon system, were far more difficult than the airline training you’re about to attend. That being said, you still need to treat it with due respect.

Aircraft qualification is a formal FAA training program that will result in an FAA “pink slip” in your training records if you fail any associated jeopardy events. Worse yet, you could lose this awesome new career you worked so hard to obtain – a career worth literally millions of dollars in earning potential. Hopefully that’s enough incentive for you not to screw this up!

One of things that was readily apparent to me during airline training was that they had no time to get us military flyers caught up on everything our civilian regional, corporate, and cargo pilot-brethren already knew about the airline pilot world. Classes were essentially taught as though we all came from a Part 121 background. The instructor would tell us to know how to use the QRH before our first simulator. All the civilian background pilots would nod confidently while all us military pilots just looked at each other quizzically as if to say, “WTF is a QRH?”

There wasn’t much time to help us military pilots get caught up on Part 121 operations and jargon. Airlines don’t make money with aircraft sitting on the ground, therefore, it’s in the company’s best interest to cram all the necessary training (and nothing more) into the shortest amount of time to make you a safe, competent airline pilot so you can get on the line and start flying jets as soon as possible. They correctly assume you’ll figure the rest out on your own.

Most airlines will assign simulator partners with no input from you. However, if given a choice, you would be wise to choose a sim partner who has a regional airline flying background. In my experience, the regional pilots had a huge advantage during training because so much of what is covered was already second nature to them. Frankly, as a military pilot, you don’t know much about Part 121 airline flying. Partnering with a regional pilot will help you fill in the blanks about what is expected and how to adapt to airline procedures. The civilian pilots in your training class are a tremendous asset. Don’t be afraid to ask them for help.

Systems academics are designed to get you ready for your FAA type rating “oral” exam. This is the first major hurdle in the training program. An oral exam usually consists of questions focused on lights and switches on the overhead panel, the mode control panel (collocated with the glare shield), and a handful of questions regarding other lights and switches in the cockpit with emphasis on emergency lights and switches, such as fire extinguishing systems, alternate gear extension, auto-brakes, and alternate braking. In summary, the FAA examiner will quiz you on things you can control from the cockpit. If you have no control over a system, they usually won’t ask you about it.

Just like any military formal flying training program, you’re not the first one to go through this training. That means there is probably some very good gouge out there on what questions you can expect on your oral exam. That being said, everything is fair game, so don’t only study the gouge. But the gouge is a great place to start. The airline should also provide you some gouge in the form of a Lights and Switches Guide. The Lights and Switches Guide will provide you a study reference of the lights and switches in the cockpit. It will give a quick summary of each light in the cockpit and what causes that light to illuminate. It will also provide a good overview of various cockpit switches and what system actions occur with each switch position selected.

You won’t be allowed to progress to the simulator phase of training until you pass your oral. You don’t want to highlight yourself by failing the oral, so make sure you get some good gouge and know your stuff the first time. Reviewing the systems videos and computer-based training again before your oral is a good idea. Then, use your cockpit posters and Lights and Switches Guide to study until you can look at every light and switch in the cockpit and know what causes the light to illuminate or what systems actions occur when you throw a switch. Know all this, in addition to knowing your checked limitations and emergency procedures immediate action items. If this sounds like a lot of studying…it is! Plan accordingly. 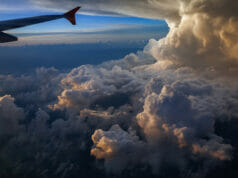 How to Weather Industry Downturns 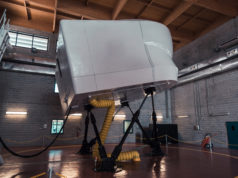 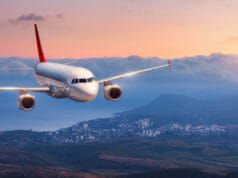 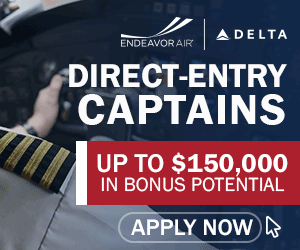