(The facts of the following story have been altered slightly to protect confidentiality.)

I got a call from a pilot recently. We’ll call him Jeff. Jeff owns a nice Bonanza and is working on his instrument rating. Jeff was not in a good mood.

“I had a little accident last week. Landed gear-up.”

I straightened up in my chair and started taking notes. Jeff told me he had been doing some solo pattern work and somehow ended up on the runway with his landing gear retracted. He now had my full attention.

Jeff recounted that he had sat there on the runway for a few seconds, stunned. Then he killed the master and mags, grabbed his flight bag and started walking to the FBO. Employees had seen the landing, and had hopped in a pickup truck to come get him. Within an hour they had found some help, had found an A & P to take charge of the situation, and had gotten the gear down and had towed the aircraft to a hangar.

This is where Jeff’s story took a turn for the worse.

Jeff had decided to call the local FSDO and inform the FAA. The friendly inspector told him to come in the next day for a meeting, and to bring his maintenance logs. Jeff went in, told his complete story, and presented his license and medical. The inspector thanked him and said, “Why don’t I just keep your certificate for a while while I investigate.” Jeff handed over his license.

Now he was asking me what to do. “It’s a little late for that,” I said.

Tucked away in your paperback FAR/AIM book (or your FAR/AIM app) is a small section labelled NTSB 830. We all studied it to get our Private licenses, but hopefully you have not had cause to crack the pages since. In a nutshell, you are required to report “accidents” and certain “incidents” to the National Transportation Safety Board. Not the FAA. The NTSB. Furthermore, Jeff could have saved himself a fair amount of trouble if he had consulted FAR 830 for the definitions of accidents and incidents – right there in the section labeled Definitions.

Consulting the section, Jeff could have found the definition of substantial damage: “… damage or failure which adversely affects the structural strength, performance, or flight characteristics of the aircraft, and which would normally require major repair or replacement of the affected component. Engine failure or damage limited to an engine if only one engine fails or is damaged, bent fairings or cowling, dented skin, small punctured holes in the skin or fabric, ground damage to rotor or propeller blades, and damage to landing gear, wheels, tires, flaps, engine accessories, brakes, or wingtips are not considered ‘substantial damage’ for the purpose of this part.”

Jeff’s gear-up landing was very smoothly executed and there was minimal damage to the aircraft, therefore, it was not an aircraft accident under NTSB 830.

Finally, Jeff could have called me to confirm all this and ask for any other advice. I would have helped him report the damage to his insurance company, helped make arrangements for repairs and even helped with finding a CFI to do a little remedial training. But I would have advised him NOT to report the landing – not to the NTSB, and certainly not to the FAA.

The bottom line: Don’t report accidents or incidents to the FAA. Don’t report them to the NTSB, either… unless you strictly meet the standards clearly put out in NTSB 830. Better yet, just give me (or another aviation attorney) a call.

Next month we’ll talk about the steps to take if you do have to report an accident or incident to the NTSB. 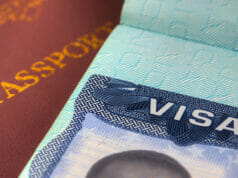 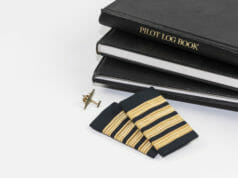 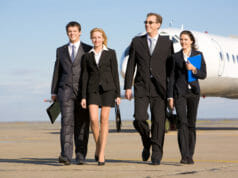