Last month, this column was titled, The Pros of Being an Airline Pilot. This month, I’ll take the opposite position: What are the downsides to this profession?

Airlines operate around the world, around the clock every day of the week. This is no 9-to-5 job. As a pilot new to an airline, one can expect to fly weekends and holidays. Some flights will start early in the morning, others will run until late in the evening. Pilots may fly overnight flights and stay in hotels far from home. For many, this variability is a feature, not a defect of the career. However, it can cause challenges to the body’s natural sleep rhythms. Additionally, being on the road with a schedule that isn’t fixed can make it hard to have pets or participate in local clubs or community events. If you are a commuter, you become reliant not only on the schedule your seniority holds, but also the on-time performance of your commuting airline, weather and seat availability. Regardless of your employer, you will miss events with friends and family during your career.

Most employers have a formalized checking or employee review process but airlines are unique in that they have government-mandated reviews. Each airline is slightly different, but you can expect to have an annual competency check that evaluates your procedures and knowledge of aircraft systems. Add to these checking events that take place every time you transition to a new aircraft or switch from captain to copilot (or copilot to captain) and you will face another review. You can rapidly see how pilots are exposed to many checking events, each with the potential to stain a career.

Additionally, you may have frequent on-the-job evaluations by company check airmen or FAA inspectors. In addition to these proficiency checks, pilots are subject to health screenings every six or twelve months depending on age. Various medications are not allowed for pilots, and some illnesses that seem minor to other professionals can be career ending to pilots. (Total color blindness and sleep apnea are two examples.) For someone who may be the sole income provider for the family, these constant reviews can cause angst.

Your entire career outlook is based on the airline for which you fly and your seniority relative to other pilots. The aircraft you fly, your schedule and whether you are a captain or copilot are all dependent on these two factors. But what if your airline goes bankrupt, downsizes or is acquired by another carrier? In this highly unstable industry, many pilots have been impacted by these events. Sadly, this can be a downside to the seniority system. Promotions, such as upgrading to captain, are not merit-based but are solely seniority-based. This can mean a senior captain at a small airline can be forced into a copilot seat if the airline is acquired by a much larger carrier. This happened to pilots with AirTran when it merged with Southwest Airlines, and with Reno Air and TWA when they merged with American Airlines. Even worse, when airlines downsize or close outright, all those captains at the defunct airline can expect to start as copilots with their new outfits. Even for those who begin as direct-entry captains at a new airline, their seniority is based on their hire date not their experience. Therefore, for many years, they can expect to be on reserve, working holidays and weekends.

What makes this situation even tougher is that pilots may see their airline is struggling financially, but the seniority they have acheived makes it hard to leave for a new airline where they will just have to start over. Pilots with Pan Am and Eastern Airlines might have seen their airlines were struggling for decades, yet it made little sense to give up decades of seniority to start over at the bottom, with less pay and poor schedules with new airlines like Southwest or America West. At the time, those pilots could hardly believe those titans of the industry would dissolve and that the scrappy upstarts would rapidly grow beyond them. Even if those pilots had predicted this, leaving might still have not made sense. We saw this story replay with the likes of JetBlue and Spirit in the early 2000s. While legacy airlines filed for bankruptcy and struggled to compete, the low-cost-carriers and ultra-low-cost-carriers enjoyed relatively unimpeded growth. Could this cycle repeat with newcomers AHA!, Avelo, Airbahn and Breeze?

Essentially, as one acquires more and more seniority, it becomes harder to justify leaving a company, even as opportunities outside seem better. While other professionals freely move between corporations, pilots, in a way, can get stuck.

If you are a seasoned professional, what do you think? What are you least favorite aspects of this career field? What do you want to share with newcomers? Aero Crew News would love to learn your perspective. Write to us at info@aerocrewnews.com. 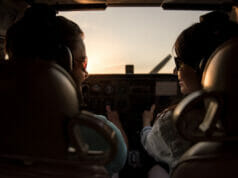 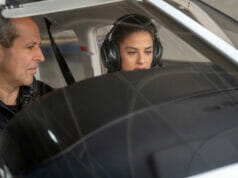 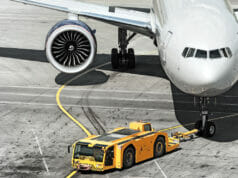 The Pros of Being an Airline Pilot