Few things in life are as stressful as starting a new career. Anxiety runs rampant when that wave of emotions begins to overtake you. After all, this is what you’ve been dreaming of – right?

Jumping from your single or multiengine piston to a jet powered machine is like cliff diving for the first time. The rush is surreal and like no other. Adrenaline rushes through your body from head to toe while thoughts race through your head like, “What did I just get myself into?” Naturally, your ‘fight or flight’ response reminds you that this could really hurt. So, how do you best prepare for that wild jump?

For those heading to a 121, my advice is twofold. First, have patience, and lots of it. It’s going to be a long road through training. Don’t get burned out or overly frustrated because that can hurt performance. Second, trust the process! I can’t stress this enough. These carriers have professionals who day-in and day-out train first-time jet drivers to handle the new flight levels at speeds faster than three-quarters the speed of sound. Do as they say and you’ll make it out unscathed. Who knows, you may even have a little fun, if you let yourself.

For my brothers and sisters joining the ranks in corporate or charter; strap in, you’re in for a wild (but awesome) ride, too. Part 91, 91k and 135 ops aren’t for the faint of heart. Just like 121, you have to WANT to be there. Your success depends on you. Without the drive and determination to persevere all the way to the finish line, you could flop. The difference with private or charter ops and the 121-world is that you may be left more to your own devices during training. The training center providers will undoubtedly work hard to show you the ropes, but there’s often a considerably shorter training period. However, you still have absorb the same amount of information. Get ready to “drink from the fire hose.”

So, what are some things you can do to ease the cranial crunch you’re about to endure? Here are a few things that some 91/135 and 121 pilots suggest.

All in all, the transition from 100LL to Jet-A isn’t much to be afraid of. It’s actually a ton of fun! But, as much fun as it is, it’s also a lot of work. Don’t be afraid to ask questions and reach out to those around you. You’re not alone and certainly aren’t the first one to go through the process. There are plenty of resources out there, so take advantage of them!

See you in the flight levels. 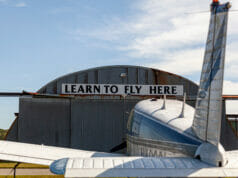 Balancing and assessing the choices of airfields for your training 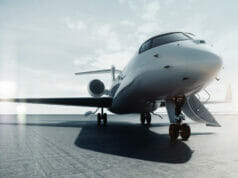 What to Consider When Buying a Plane   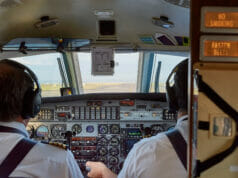