What are these Northern Lights, aka Aurora Borealis, that the quest to see them is an item on many travelers’ bucket lists?

According to Roman mythology, Aurora is the Goddess of the Dawn, and Boreas is the God of the North Wind. Science explains that the lights are caused by a stream of charged particles escaping the sun and colliding with our planet's magnetic field and atmosphere.”1 In simple language, the sun emits tiny particles/electrons into space that reach the Earth and are attracted by gravity (at the poles) and mix with gases in the Earth's atmosphere, which makes them glow. (The Southern Lights, or Aurora Australis is the southern hemisphere’s equivalent.) This natural phenomenon can be seen when it’s dark and the night is clear. The majority of Aurora displays are predominantly green because the color of Aurora depends on the intensity of solar activity. Yellow, pink, blue, and red tend to appear when the solar activity is high. The phenomenon can be active throughout the day but we can't see it except in darkness.

In Alaska, Fairbanks is among the best places to see the Aurora Borealis. The Aurora Oval, a ring-shaped zone over the far north where aurora activity is concentrated is often aligned with Fairbanks. The best time to see the Northern Lights in Alaska is August through April.

In October, a trip with my children to Fairbanks was a success. Our goal was to see the Northern Lights and we were lucky to have Aurora sightings for two consecutive nights. We arrived at the right time after there had been a solar storm on October 11. Remarkably, the light was visible as far south as New York.

Chasing the Northern Lights to see the celestial show as a swirling array of green behind the shimmering stars, despite our freezing toes and hands, was a surreal experience.

Fairbanks is not only a “sweet spot” to view Aurora, but you can spend the day enjoying outdoor activities while waiting for that big night. Experience dog sledding, snowmobiling, a glacier cruise, ice fishing, wildlife viewing, soak in Chena Hot Springs, visit the Ice Museum and Denali National Park. Driving to Denali, the highest peak in North America, was my favorite.

Northern Lights have been observed since ancient times and can even be seen beyond the Earth. Astronomers have observed Aurorae on other planets with a sufficiently dense atmosphere to produce the light effect. When the effect is occurring on Earth, it can be view from the International Space Station. Have you been lucky enough to see the Northern Lights from the cockpit? Were you traveling somewhere and had a glimpse of the Lights from your window seat?

There are many myths associated with the Northern Lights. My favorite is from the Japanese culture. They believe that “a child conceived during the Northern Lights display will be blessed with good looks, intellect and good fortune.”2  For me, seeing this enchanting light show was a fortunate experience.

To best experience the Northern Lights, here are a few things to remember:

1. Plan for the right time of the year.

2. Check the Northern Lights forecast and the local weather.

3. Use a camera with a wide-angle range, manual focus, remote shutter, and enough battery capacity.

4. If you don't have a professional camera and prefer to use your mobile camera, download Northern Lights Pphoto Taker. It will help you take better photos.

5. Use a tripod or set your camera on something steady.

6. Dress warmly and bundle up.

7. Plan to stay for a few days to increase your chances of seeing the lights.

8. If you are not joining a tour, you must drive to a vantage point with no light pollution.

9. Be patient. Northern Lights can be elusive.

The Northern Lights are listed among the Seven Natural Wonders of the World. Check off Northern Lights viewing on your bucket list. Be mesmerized with this mother-nature light show. Indeed, it is an awe-inspiring experience and a story that will last you a lifetime.

Fourteenth century explorer Ibn Battuta once said, “Traveling – it leaves you speechless, then turns you into a storyteller.”

Check out my Northern Lights experience for inspiration: https://www.youtube.com/watch?v=wu6yqeKo0Zg

1Description from the BBC: https://www.bbc.com/news/science-environment-26381685 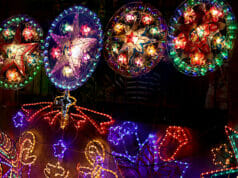 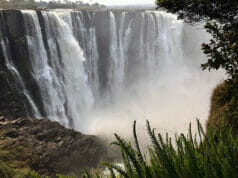 The Smoke that Thunders  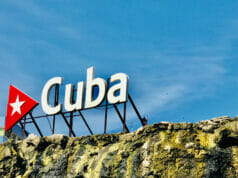 A Classic Ride to the Lighthouse and a Date with Hemingway