In the United States, airline pilots work under an agreed-upon contract that establishes the conditions for protecting the airline and the pilots during regular and unforeseen operations. At any given moment, most airlines are either embroiled in contract negotiations, either entering, leaving, or mediating the process. Although every airline pilot in the country has felt the ripple of these contract discussions, many are not aware of the details surrounding exactly what goes into these talks, mediations, and eventually, the agreements between both parties. The following hopes to shed light on what exactly goes into the long, and often draining, process of contract negotiations.

In 1926, The Railway Labor Act (RLA) was created to ensure the protection of workers on railways against potential unfair labor practices. It was the first of its kind, and in 1936, the RLA expanded to include airline pilots. This ensured that the labor negotiations between pilots and the airline would be carried out under the rules of the RLA, and with specific steps to follow when these talks begin. Any contract created under the umbrella of the Railway Labor Act does not ever actually expire, but instead, is continuously amended. When those contracts reach their amendable date, management and labor can enter into the process of negotiations, often referred to as Section 6, the part of the RLA specifically related to contract talks. If talks are begun before the amendable date, it is called an “early opener.”

Because of the intensely tedious process, there are no established time limitations on when agreements must be reached. Although rarely succinct, there are some negotiations that can span months or even years. In the beginning, there are only two parties involved: the company (management), and the union representation for the employees (labor). It is often in the first talks that the two parties agree to some main staples of the contract, such as Missing/Internment/POW, Physical Standards, System Board of Adjustment, and General. These items are usually inexpensive and are quickly agreed upon by both parties. Before reaching a final agreement, the parties come to a Tentative Agreement, or a TA. It is at this time that the more detailed and difficult parts of the labor relation process is tackled and an outside mediator may be brought in to help continue the negotiations.

Once one or both parties petition for a mediator, the National Mediation Board will assign someone to the process. The NMB is an association of three people who survey the contract negotiations to ensure the rules and regulations are followed according to the Railway Labor Act. This mediator is also present to give unbiased and neutral advice in order to help both parties reach a complete agreement. The meetings typically take place face-to-face, once a month. Outside of these meetings however, the parties do engage in email exchanges concerning any proposals/counter-proposals until the end of negotiations is reached. Again, there is no set timeframe for mediation, but it is unlikely to be quickly resolved and often lasts from many weeks to years.

Though it is the job of the mediator to speed things along, there are often factors that cause bumps in the road, mainly related to the two parties and their individual requests during negotiations. When this happens, the mediator can use different strategies to keep the process running smoothly; insisting that upper-level management attend the face-to-face meetings, making meetings last longer, scheduling meetings more frequently, or simply stopping the negotiations for a set time. This is often referred to as putting negotiations “on ice.” However, it is not always possible to reach an agreement even with a mediator, and the two parties come to an impasse. In such cases, the mediator petitions the NMB with a Proffer of Arbitration, and the three-body NMB will decide if an arbitrator is necessary (though most often they heed the request of the mediator). If arbitration is required, a decision will be made by a neutral arbitrator and a binding ruling will be issued over the contract in dispute. Sometimes both parties will accept the ruling and finish the proceedings, but it is much more common for one (or both) of the parties to reject the ruling. When this happens, the NMB will stop negotiations and give both parties a period of thirty days in which to “cool off.” At the end of that thirty-day period, the parties may participate in what is called Self Help. This may be manifested with a complete pilot strike (but there are other ways to get the point across). The company has the power to change pay rates, “lock out” the pilots, or reassign new pilots to cover their flights. If a complete strike does not happen, then the pilots may go on partial strikes in order to harm the airline financially but not cause it to shut down completely. Because of the possibility of what could happen during the Self Help period, there is much more pressure during the thirty-day cooling period to close negotiations and come to an agreement. There is however, a way to postpone Self Help – the appointment of a Presidential Emergency Board. The President of the United States has discretion to create an emergency board after being notified by NMB that a dispute will “threaten substantially to interrupt interstate commerce to a degree such as to deprive any section of the country of essential transportation service.” Under an emergency board, another thirty days is added to the cooling off period. One stipulation is that the status-quo must be maintained during the extended thirty-day period. Negotiations can continue wherein the Emergency Board will aid in the process of reaching a final agreement.

Although these negotiations will have an impact on the pilots of any airline in contract talks, and often the process can be frustrating and exhausting, it is important that the status quo remain in place. It is inadvisable for pilots to “take matters into their own hands” with tactics like calling in sick all at the same time, known as a “sick-out.” Doing so could result in negative legal ramifications. There are however, legal and acceptable ways to fight the system in the form of informational picketing and ad campaigns. It is of utmost importance that pilots follow the advice of their union leadership, as this is the best way that individual pilots can help aid the process of negotiation. 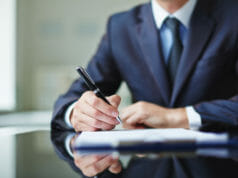