Some people believe that every dollar that is wasted is created equally. Many students of behavioral psychology will tell you that the pain of financial loss is felt more deeply than the joy of financial gain.

There are obviously an unlimited number of ways to waste money, but none is quite as costly as when your retirement tax planning goes ignored until it’s far too late. When I say, “pre-emptive retirement tax planning,” it tends to elicit a great, big yawn. However, if I quickly add to that statement, that with a little foresight and planning, you could save $20,000 or even $30,000 in a single tax year – that tends to get a person’s attention.

What is pre-emptive retirement tax planning?

Pre-emptive retirement tax planning is planning that you enter into with your accountant and your advisor that takes into consideration both your current and your future financial life, and then makes informed financial decisions that are designed to save you the most money in taxes over time.

More specifically, this type of planning takes into consideration things like:

Most retirees have numerous income sources. There’s Social Security, which may be taxable. There are IRAs and employer-sponsored retirement accounts (such as 401(k)s). There are also savings, investments, brokerage accounts, inheritances, and capital gains. And then perhaps there’s even real estate income, income from post-retirement work, and perhaps even income from a small business.

During the principal working years, most good savers defer as much income as possible by utilizing tax-deferred investment vehicles. You reduce your taxable income, and the money compounds tax deferred. By doing this year after year after year, you can amass a sizable amount of savings for the future.

So, then what happens?

Well typically, for those without a plan, even well after they retire, they end up leaving the money in their retirement accounts to grow untouched until the day comes when they are legally forced to begin taking Required Minimum Distributions (RMDs). The amount of an RMD is calculated based on your account balances and your life expectancy. Generally, the larger the balance, the bigger the RMD.

Don’t misunderstand me; leaving the money in your 401(k) seems intuitive. That money has been in there a long time. It’s probably been growing, so why tap into it before you are legally forced to? Well, because those large balances can end upnecessitating overly large RMDs compared to account balances that are lower, which in turn can trigger unnecessarily large tax bills. Remember, these tax bills don’t just impact your RMDs, they can bump you into a higher tax bracket affecting all your income for the year. And these bills can end up being thousands of dollars higher than they would have been if those accounts had only been properly utilized sooner.

There are myriad exceptions and contingencies, and everyone’s situation is unique. But between when you are working and earning money and when you are retired and spending money, your state and federal income taxes can go up. When this combines with the large RMDs, the result is a much bigger tax bite than would have been required if some basic, forward-thinking, tax planning had been implemented years before.

I’ve seen a couple with a net worth of well under a million dollars be forced to pay $25,000 over and above what they could have paid merely because they didn’t plan in advance. In their situation, rather than begin utilizing the monies they held in a 401(k) before RMDs kicked in, they instead only used their after-tax savings to fund the first half-decade of their retirements.

It all comes down to planning.

Now, this is merely a “flyover” of a complex set of possible outcomes. Simply, the number of contingencies can feel staggering, but that’s why fiduciary financial professionals like your advisor and your accountant exist.

Remember, this is about you eliminating financial waste and keeping as much of your hard-earned savings as possible. And large chunks of money needlessly going out to old Uncle Sam are perhaps the most painful financial waste of all. 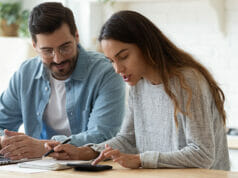 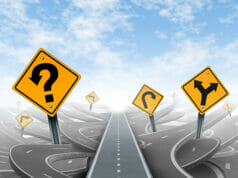