In flight, all aircraft generate wake turbulence as a byproduct of lift. These counter-rotating vortices form behind the trailing edge of an airfoil and may impose a severe threat to other aircraft. Pilots, in conjunction with air traffic controllers, are responsible for adequate separation, taking into account the location and movement of the vortices, and thereby adjusting the flight path accordingly.

The strength of wake turbulence may impose rolling movements onto an aircraft which may exceed the roll authority available to the pilot, leading to the potential loss of control. Flight tests have shown that the ability of aircraft to counteract the roll imposed by a wake vortex depends primarily on the wingspan and counter-control responsiveness of the encountering aircraft. Pilot reaction time will also affect the outcome. Hence, the importance of visualization and prompt recognition. Wake turbulence strength is dependent upon three factors: weight, speed, and wing shape (or configuration). The extension of flaps, as an example, modifies the aerodynamics of an airfoil, impacting lift. The correlation of wake turbulence is directly proportional to weight and inversely proportional to the aircraft speed. The greatest vortex strength takes place when the aircraft is heavy, slow, and clean.

To recognize the effects of wake turbulence, understanding the behavior of the wingtip vortices is key. The circulation of the vortex is outward, upward, and around the wing. Aircraft shall always fly at or above the preceding aircraft flight path, therefore avoiding the area behind and below the generating aircraft. When the wind conditions are calm, or light, the potential for wake turbulence is enhanced. Adjust touchdown to ensure landing at or beyond the preceding aircraft’s touchdown point, when landing behind a larger aircraft.

Shall an encounter occur, using the rudder to counteract the roll rate may lead to an undesirable aircraft state or aggravate the potential for loss of control. Large, aggressive control reversals can lead to loads that can exceed structural design limits. According to FAA guidelines, if altitude and conditions permit, it may be better to allow the aircraft to transition through the wake and then recover from any resultant unusual attitude, rather than aggressively trying to control the aircraft during the wake encounter. If the autopilot is engaged and remains engaged, allow the autopilot to recover rather than disconnecting the autopilot and using manual control inputs. However, be prepared to assume manual control of the aircraft if the autopilot disengages.

Vortices from larger aircraft sink at a rate of several hundred feet per minute, slowing their descent and diminishing in strength with time and distance behind the generating aircraft. During takeoff, note the rotation point of a larger aircraft and rotate before such point. If possible, maintain a climbing path that remains clear of the wake turbulence and avoid subsequent headings which will cross below and behind the larger aircraft. FAA guidelines outline a recommended waiting period of two minutes before takeoff or landing behind a “heavy” and at least three minutes when operating behind a “super aircraft,” such as an A380.

Aircraft callsigns issued by ATC may include an aircraft designator based on weight. When accepting a takeoff or landing clearance, the pilot accepts responsibility for safe separation. If at any point doubt exists of separation distances, query ATC and do not accept a clearance.

Wake turbulence incidents are not frequent, but the FAA and ICAO have joined efforts to create initiatives, in terminal environments, by implementing next-generation wake turbulence procedures and separation standards. This initiative is termed Wake Turbulence Recategorization (RECAT). Changes are being made to the current weight-based classes to a wake-based categorical system that utilizes the aircraft matrices of weight, wingspan, and approach speed. By doing so, controllers will have a much more accurate representation of wake turbulence impacts, allowing them to adjust separation more efficiently.

Wake turbulence can affect aircraft by inducing an uncontrollable roll exceeding aircraft performance limitations and flight control authority. Pilots must exercise vigilance in all situations where they are responsible for avoiding wake turbulence. It is not the sole responsibility of ATC to ensure adequate separation. Maintaining awareness is a critical component to ensure wake turbulence events remain a rare occurrence for the safety of all pilots and passengers. 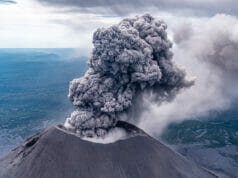 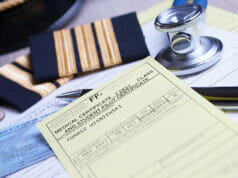 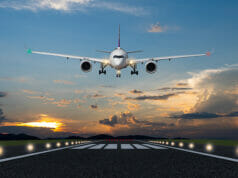