Happy 2022 – the New Year in which all of our plans will come true! Or not? As it turns out, we are overly optimistic about the future and falsely believe that there is more time available tomorrow than there is today. However, the truth is that there is no ideal moment for those challenging tasks and those exciting new plans. Studies have shown that procrastination is a common and universal phenomenon. Many of us do it, often with stress symptoms as a result. But why do we decide to ignore those chores on the to-do list? This article explains why you procrastinate and how to stop.

The belief that good things will happen in the future is good for our overall well-being and health, increasing our self-confidence, motivation, and resilience. However, there is also a downside, for example, when it comes to bad habits. In this instance, “later” becomes a perfect excuse to put off difficult decisions and changes. Interestingly enough, we often view others as weak when they do not “just do it,” even though we are convinced that everything will be fine when it comes to ourselves. This is because we judge others on actual behavior and achievements, whereas we focus and believe in our good intentions, even if they are not yet realized.

This optimistic perspective of our potential makes it seem like complex changes will be less of a burden later. Breaking up an unhappy relationship, quitting unhealthy habits or other inconveniences come with unpleasant feelings which prevent us from making the change today; we feel as if these feelings will be easier to deal with later. However, this is an unrealistic view: we will still be the same person with similar challenges and emotions. Time is something we feel there will be more of later on, which is antithetical considering that with the passage of each day there is less time left for the rest of your life.

How to recognize procrastination

These are some of the most common excuses that we all have most certainly used in our lives.

The concept that “later will be a better time” helps protect our self-image as sensible, reasonable, autonomous people. By procrastinating, we avoid having to deal with the challenges that come with the change. However, the result is counterproductive; the message that you should have improved/changed/made that decision continues to nag in the back of your mind. Additionally, the longer you wait, the more difficult it gets to take the step.

Here are some tips to motivate yourself to do things today:

If you experience tension and discomfort as a result of stopping drinking, smoking, Facebooking, or another addiction, then think, “The worse I feel, the clearer it is that this was necessary and good for me.” Finally, think of the liberation you are working toward. And tasks require effort. Remember to think, “When I accomplish this, I will have improved my self-discipline, autonomy, perseverance, self-control, etc. The more I do this, the stronger I become.” And finally, if you are planning to make New Year’s Resolutions, review the WOOP method as described in How To Make Your New Year’s Resolutions Last. 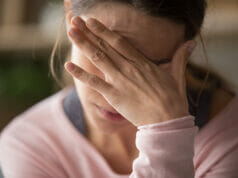 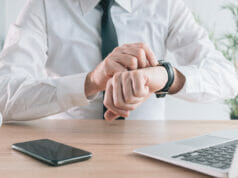 How to Tame Your Impatience 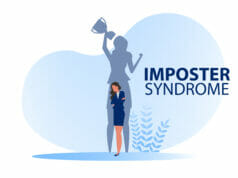