This is for those who say, “It couldn’t happen to me.” On June 17, 2015 I was flying a trip and celebrating my 30th anniversary with the airlines I work for. Good trip, great crew, and the normal overnight in Los Angeles. Everyone knows the Palos Verdes, “great location, not so great motel.” In the afternoon the motel experienced a major structure fire that started in my room. After the fire was contained and after a very successful evacuation, I was asked to describe what happened – to relate my experiences and lessons learned.

Believe me, a major fire CAN happen to any of us. I too, am guilty of dozing during the hotel fire safety presentations we get in recurrent ground school. Thankfully, some of the information those diligent instructors taught had sunk in. So, here’s the first tip, pay attention to your safety training. It could save your life.

After taking a long walk I was getting ready for bed to prepare for an early wake up, when I noticed a very faint electrical smoke odor. I had just laid down but decided I had to investigate the smell. I walked over to the air conditioning unit and smelled the cool air. Sure enough, that was the source of the smell. Thinking this was going to be an inconvenience that would probably mean I would have to change rooms (which we all love), I called the front desk. At that point, I noticed little white streams of smoke wafting to the ceiling, so I decided to use the magic words on the hotel operator and declared, “I have a fire in room 211, get someone up here with a fire extinguisher, and call for help!” At this point, I still did not comprehend how serious this smoke would become, but having been trained for 30 years NOT to remain in a smoke filled room, I evacuated to the hall. I was confident the hotel personnel would be there quickly, empty the fire extinguisher onto the air conditioning unit, which would likely result in being left with a suitcase full of smoky, smelly clothes.

As the front desk attendant arrived with fire extinguisher, I began banging on the doors around my room. After the doors opened, and the occupants saw the smoke, they quickly got over the irritation from the loud door knocking. The man with the fire extinguisher got to my door with me behind him. He took about two steps into my room before the air conditioner popped twice and burst into flames. The flames immediately extended to the ceiling, caught the curtains, and in a flash, the room was full of the blackest, acrid smoke imaginable. Remember those ground school videos of flash over? That’s exactly what it was like.

At that point, I was in full evacuation mode. The smoke was billowing from my room, and I just banged on doors and stayed ahead of the smoke and fire. My two main windows blew out, which had I not been there, would have seemed something out of movie special effects. The crewmembers on my side of the motel got out, while those with balconies escaped to fresh air on their balconies.

The Redondo Beach Fire Department was on-scene very quickly, and began rescue operations. They evacuated the second floor balconies by ladder and began a room-to-room search of the entire motel. Other fire department personnel hooked up hoses and completely doused my room and the surrounding areas.

My airline had 57 crewmembers in the motel at the time. Once the fire marshal declared the lobby safe, approximately 90 minutes after the fire started, we all gathered in the hotel lobby. At that time, the firemen began taking statements and returning our crewmembers one or two at a time to their rooms to collect their belongings. While a few had smoke damage, my room was the only one completely destroyed. The fire marshal allowed me to return to the room to look, but everything I owned was completely burned beyond recognition.

What did I learn? First, our training works. During the interviews with the emergency personnel, I was asked several times, “Did you consider trying to recover any personnel items, like your billfold or cell phone?” Believe me, that would have been nice, but the fire was so hot, so black, and I had been told so many times not to attempt something as foolhardy as rescuing my cellphone. “No I didn’t try to grab my cellphone. To do so would have meant my demise.” Remember that. Escape at all costs. Everything can be replaced. When you see an escape route, GO. Using the airline words works well. “EVACUATE, EVACUATE, EVACUATE,” is clearly understood, especially by our crewmembers. It motivates them to go from zero to 120 in seconds. And for goodness’ sake, do not try to carry your luggage. Just get out.

Secondly, if you’ve stayed with this story this long, stop right here. Go get your billfold, your purse, your flight bag or your tote and make copies of everything you have. Make a copy of your licenses, medical, passport, credit cards, medical insurance cards, global entry, everything you own. Store the copies in a safe place at home. It will come in handy if you ever have to replace everything you’ve carried for years. Inventory everything you take on trips because it is difficult to remember what you travel with. Take pictures.

Thirdly, review your egress plan when you check in. Review the escape plan on the door of the motel, and mentally count doors as you check in, even after that 14-hour duty day. Make sure the room has a smoke alarm and preferably, a fire sprinkler system. Even when the smoke alarm has that annoying little blinking red light, do not cover it with a towel, or a hanger. When you retire for the night, put the most important items somewhere you can grab them. Those should include room key, identification, and maybe your cell phone. Pilots, this is a very good use of your hat, turn it upside down, throw all your stuff in it, and put it where you can grab it on the way out of the room, or down a ladder. Sure wish I had thought of that.

If the hotel fire alarm sounds, evacuate. You do not have enough information to determine if it’s serious, a false alarm, or a prank. Go, get out, let the experts figure it out, but escape immediately. A fire spreads so rapidly, you may not have the chance if you are taking time to pack your belongings, or get completely dressed. Smoke kills. That day, the paramedics wanted to treat me for smoke inhalation, but I inhale more smoke cooking hot dogs on my grill than I did in this major fire. I say again, GET OUT!

Remember your crew. If you or a member of your crew did the “sign in”, make absolutely sure it is written legibly. I am guilty of scribbling our names from the trip pairings, but those sign-in sheets were used in L.A. to establish who was in residence, and whether they were safe. Fire personnel MUST be able to read the names.

As it was in my episode, you may be the first one to know of the fire. Do not worry that you’ll wake or upset your fellow crewmembers. Bang on those doors, get people up, and make sure they are following you out, not packing bags, changing clothes or deciding it’s a false alarm.

I, and 57 of my fellow flight crew were lucky that day. We were all able to get out, with nothing more than belongings that had the smell of smoke. Most had no damage as the firemen extinguished the fire quickly. If you are ever involved in a major hotel fire be prepared to wait. Everyone with any knowledge of the fire origin will be interviewed by a fire marshal, and other rescue personnel. If you were subjected to smoke, make sure you are checked medically by rescue personnel, which may mean a trip to the hospital. Rendezvous with your crew and allow the captain to call systems, scheduling, etc. In our case, both scheduling and systems were overwhelmed with dozens of phone calls all telling and asking them the same things. Remember you are a team, with one team captain.

Lastly, I was amazed at the professionalism of the fire and rescue personnel. These guys and gals strapped it on and ran into this building of smoke and fire. My hat is off to all these selfless professionals. My airlines response team in Los Angeles was also incredible. They were on-site at the hotel location nearly as quickly as the fire personnel and clearly anticipated our needs. Our thanks to the LA station manager, chief pilot and inflight staff – strong performance.

Thank you for the opportunity to write this. I feel extremely fortunate there was a positive outcome from this experience. My thanks to everyone who called and emailed. The kind staff in LAX even went to the extreme, going to the local Target to buy clothes for me to travel home. (But, at 6’2”, the jeans they selected were not nearly long enough!) Thanks to my crew for the non-stop public humiliation when I showed up in pants about five inches too short. I’m hoping those pictures didn’t survive. 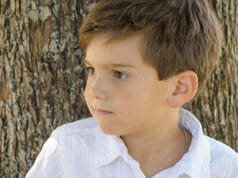 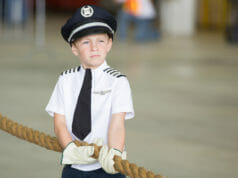